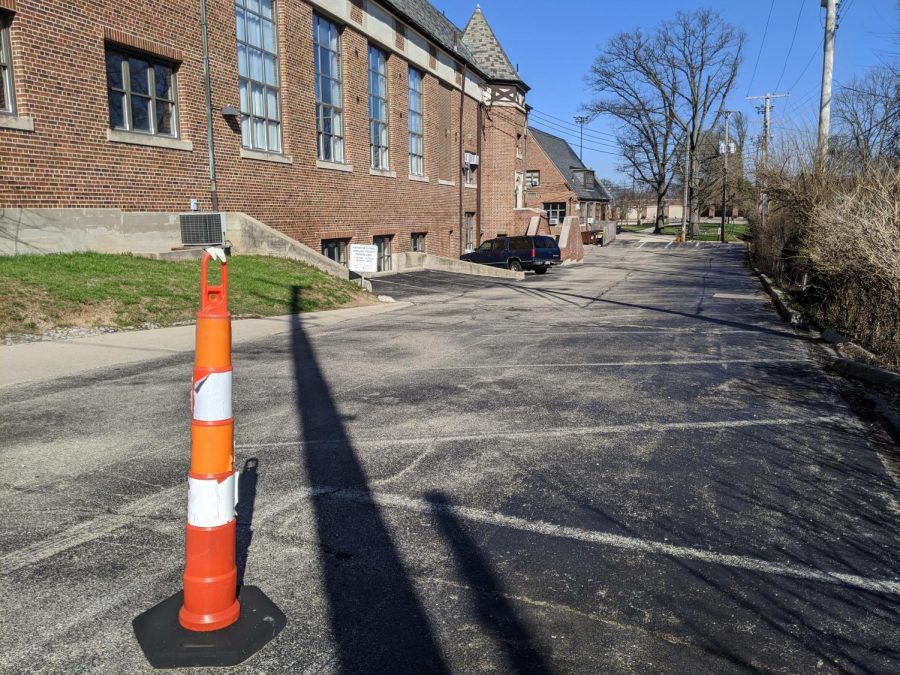 The ongoing pandemic of coronavirus, also known as COVID-19, has caused normal life to grind to a halt. The situation and reports change on a daily basis, and it is important for everyone to keep up to date on the news of this novel virus.

“We do have 867 people who have tested positive,” Dr. Amy Acton, the director of the Ohio Department of Health, said in a March 26 press briefing. “We are now reporting 15 deaths in Ohio.”

Cases are continuing to drastically increase in number every day, and it appears that this pattern will continue.

“At our peak surge we may be as high as 6,000 to 8,000 new cases a day,” Acton said in the March 26 press briefing. “We will exceed our capacity but we’ve really been minimizing that amount, so Ohio, what you’re doing absolutely is saving lives.”

As of March 26, district schools are still officially planning to return to in-person classes on April 6, following two weeks of required online learning and one week of spring break. However, it is likely that remote classes will be extended past this date.

“If Dr. Acton’s projection is that we peak in the latter part of April to early May, obviously you’re not going to have school open before then, and it’s going to take some time after that before you have school open,” Gov. Mike DeWine said in a March 26 press briefing. “Is it possible that we do not go back into school this academic year? Absolutely, but I don’t think we’re at the point where we can make that determination.

On March 22, Wine issued a stay-at-home order in an attempt to slow the spread of COVID-19. This order will hold until April 6, at which point it will be reevaluated for necessity according to DeWine’s March 22 press briefing.

“Dr. Acton just signed a stay-at-home order for all Ohioans,” DeWine said in the March 22 press briefing. “Leaving home for essential activities is permitted for health and safety, for necessary supplies and services, for outdoor activity.”

Many people worry that the outbreak will halt the local economy, as all nonessential businesses have been ordered to close according to Cleveland.com. DeWine is attempting to balance public health and financial security for local businesses.

“We hope everybody is back in business shortly, but we also know this thing is not going to even peak, we don’t think, until May 1,” DeWine said in a March 25 press briefing. “All our decisions have really been based on the best information we can get.”

These cuts to local businesses have also severely affected unemployment in the area.

President Donald Trump displayed more urgency to get all businesses up and running again in a March 25 White House press briefing.

The state’s primary vote, originally to be held on March 17, was called off at the last minute by DeWine as a health concern according to NBC’s website. Instead, voters are being instructed to vote through the mail.

“The bill that will be signed tomorrow by Governor DeWine will establish a April 28 vote-by-mail date,” Husted said in a March 26 press briefing. “You can already begin the process of requesting that absentee ballot. Go to voteohio.gov and you can print off that request.”

The spread of COVID-19 has led to many other changes, both locally and state-wide, including the postponement of evictions.

“We want everybody to stay home and obviously people have to have a home to stay in,” DeWine said in the March 26 press briefing. “An action to evict someone can certainly still be filed, but the courts are relieved of their statutory duty to hear that case within a certain period of time.”

In another attempt to slow the spread of coronavirus, the Montgomery County Jail has released over 300 prisoners since March 16 according to WHIO’s website: “They are working hard to limit the number of inmates that remain in the jail.”

While it may be tempting to meet friends and use public equipment, such as playgrounds, during this period of self-isolation, it is important for students, and everyone, to follow the recommendations of health professionals and the government. In response to a question about children playing together, Acton warned to follow the shelter-in-place order and stay inside, away from other individuals and possible health concerns.

“We’re going through some really unprecedented things and I do need you to stay home,” Acton said in a March 26 press briefing. “Young people do get sick.”